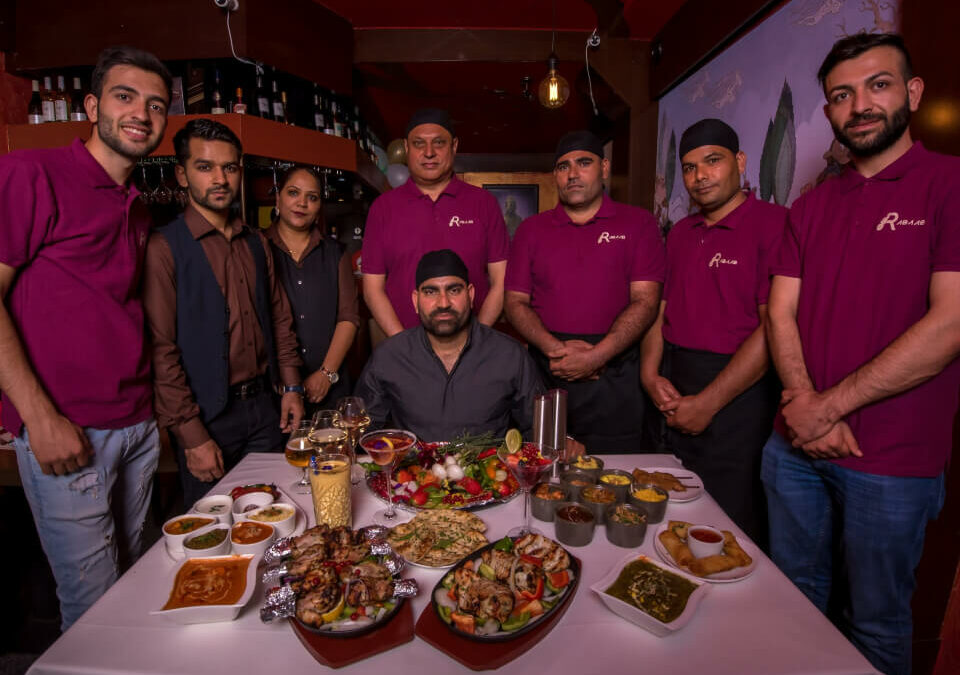 If you are just starting to explore Indian cuisine, you can look over Rabaab’s menu which is an Indian restaurant near Amsterdam central to get an idea of how vast and exceptional Indian dishes are. India offers a diverse range of cuisines. It is a bundle of delicacy wrapped up in different dishes. A single bite is enough to explode your mouth with different flavors and please your taste buds.

India uses a wide variety of spices and herbs in its cuisine which is responsible for its rich aroma and taste. It is today one of the most popular cuisines in the world, loved by people from all walks of life in North America, Europe, Australia, and portions of Africa, as well as the enormous Indian diaspora.

Now that we have an idea of the rich history of Indian cuisine let’s look at some elements of Indian food used in every household in India.

Rice, atta (whole wheat flour), and a variety of pulses, the most prominent of which are masoor (most typically red lentil), chana (Bengal gram), Toor (yellow gram), urad (black gram), and mung (mung bean) are staples of Indian cuisine (green gram). In the form of dal, pulses are widely used (split). Some pulses, such as chana and “Mung,” are also ground into flour (besan).

Groundnut oil has traditionally been the most preferred frying oil in North and West India, whereas mustard oil is more widely used in Eastern India. Coconut oil and sesame (gingelly) oil are widely used in South India. Sunflower and soybean oils have been increasingly popular in India in recent decades. Vanaspati ghee, or hydrogenated vegetable oil, is another common cooking medium that can be used in place of Desi ghee (clarified butter).

How can we forget Indian Marvellous spices?

Chilli pepper, black mustard seed (rai), cumin (jeera), turmeric (Haldi, Manjal), fenugreek (methi), asafoetida (Hing, Perungayam), ginger (Adrak), and garlic are the most essential and widely used spices in Indian cuisine. Garam masala is a popular spice blend that consists of a powder of five or more dried spices, most typically cardamom, cinnamon, and clove. Garam Masala is made differently in each locality.

In Maharashtra, Goda Masala is a popular spice blend. Tejpat (cassia leaf), coriander leaf, fenugreek leaf, and mint leaf are some of the most often used leaves. Curry leaves are a staple of all South Indian cuisines. Cardamom, nutmeg, saffron, and rose petal essence are utilized in sweet foods. These spices are amazon that magical elements that make dishes of Rabaab the Indian restaurant near Amsterdam central must try for people of different ethnicities.

Food alternatives vary in the north, south, east, and west. Flatbreads like chapati and naan are popular in the north, while rice and coconut are popular in the south. Coconut not only provides milk, but it also thickens stews, makes a chewy snack, and is used as an ingredient or garnish in a variety of sweet southern cuisines. Traditional spicy curries are still popular in Western India, despite the country’s growing cosmopolitanism. Traditional meals differ by area, but seafood and curries, spicy sausages, and chai tea snacks are all popular.

Kheer is a delicious rice pudding that is comparable to American rice pudding. Basmati rice, milk, raisins, sugar, cardamom seed, and almonds are used to make this dish.

Kulfi is an Indian ice cream made by boiling reduced milk, freezing it, and then adding mango juice, rose water, and sugar to taste.

Desserts include Gajar Halwa, a carrot dessert, coconut soufflé, mango mousse, and Gasagase Payasam. Want to enjoy these mouth-watering delicious desserts then you are at the right place, Rabaab, an Indian restaurant in Amsterdam central, to prepare these sweet dishes for our folks. You can always consider enjoying your cheat days with these marvelous human inventions

Chai is more than a tea for many of us; it’s an emotional experience that we appreciate first thing in the morning. Boiling water, milk, sugar, tea leaves, and cardamom pods are used to make it. It’s a crime if you don’t mention ginger when discussing Indian tea.

Ginger and lemon teas are very popular among folks and can be used for medicinal purposes such as dyspepsia. Tea is more popular than any other beverage in India, and it is the central focus of many Indian households. If they are sick, they drink tea; if they are upset, they drink tea; and if they want to increase productivity, they drink tea. It’s everywhere especially in the hearts of each and every Indian

Sweet Lassi is a yogurt shake that can be sweetened with mango or any other favorite fruit, just like a smoothie. You can enjoy this marvelous drink in summer with pulao, Sarson ka Saag, and Makki ki roti and with anything you want to. Drink along with dishes that are heavy and not that easy to digest such as chicken, paratha, and any other dish that has enough spices that can bring digestive issues.

Whether you read this article out of curiosity or to know more about Indian cuisine you would surely want to try some now. We invite you to Rabaab, an Indian restaurant near Amsterdam central that was established to introduce our guests to the savory and sweet flavors of India. We have a large selection of meat and vegetarian dishes that you can choose from. So don’t put it off and spend your time experiencing the flavors of Indian Cuisines.

1) What makes Indian food worth trying?

The aroma of freshly cooked pulao, the sound of the spices being pounded, the sizzle of the tadka on dal, and the charred scent of the tandoor—Indian food leaves its mark wherever it goes. It should come as no surprise that you can find someone willing to give you plain rice and daal even in the most unlikely locations. Contrary to the common misconception that Indian food is hot, you will just find it to be highly flavorful! You can feast on Indian dishes at Rabaab, an Indian restaurant in Amsterdam central. Experience not only an explosion of flavours and colors on your tongue but also a unique Indian spirituality closer to you.

2) I have heard about Roti. Can an Indian restaurant in Amsterdam central explain what Roti is?

Roti, a wholewheat flatbread served with curries and other common Indian dishes, may be well known to those who enjoy Indian cuisine. These delicious flatbreads, sometimes referred to as chapati, are produced with atta, a stone-ground wholewheat flour, and have a circular form.

A common dish on the Indian subcontinent is roti. Roti is unleavened pieces of bread, unlike their more well-known cousin the naan bread, and they have a smooth, flat texture that makes them easy to differentiate from the thicker, puffier naan. They can be cooked on an iron griddle known as a Tawa or by sticking the dough to the interior wall of a tandoor oven after they have been laid out on a roti board, a round, flat surface.

You can book a table at Rabaab, an Indian Restaurant Near Amsterdam Central to feast on roti and dal/ sabzi.

3) Are there any vegetarian dishes available too in Rabaab, an Indian Restaurant Near Amsterdam Central?

Yes. Rabaab, an Indian restaurant in Amsterdam central offers a wide variety of vegetarian and non-vegetarian meals, so there is something delicious for you and every member of your family when you choose to dine with Rabaab. For vegetarians, Indian cuisine offers a variety of delectable options, ranging from garlic-tinged lentils to paneer cheese in a creamy sauce. The powerful flavours, the richness of spice, and the variety of textures show that vegetarian cuisine doesn’t take a backseat to meat meals. In a nutshell, they’re for everyone! Even the most sceptic carnivores will be persuaded that Indian vegetarian foods can be delicious and satisfying with these crowd-pleasing recipes. Enjoy a vegetarian Indian feast whenever the desire strikes.

4) What are the Indian Restaurant Near Amsterdam Central opening hours?

These are our regular hours at Rabaab, an Indian restaurant in Amsterdam central. But these are subject to change in case of public holidays or festival seasons. All the changes will be communicated to you through a notice only when you arrive at the Restaurant.
Below is just the classification of the timings just the way Indians love to time their meals. But we are open for you from 9 A.M to 11 P.M.

5) Where is Rabaab, an Indian restaurant in Amsterdam central located?

Rabaab, serves premium-quality Indian food in Netherlands’ largest and most exciting city Amsterdam. We endeavor to present our consumers with a one-of-a-kind experience. Rabaab, an Indian Restaurant Near Amsterdam Central mixes food, ambiance, and service to create a five-senses-satisfying experience.

Enjoy a unique evening in a breathtaking environment with peaceful classical music, soft lighting, flowers, couches, and sofas evoking those found in our Indian palace, as well as authentic Indian flavours. We prepare meals using regional ingredients on our tandoor, clay, and charcoal ovens.
In each dish, we present recipes that maintain the original essence of traditional Indian cuisine. So, don’t miss it and book a table with us!! 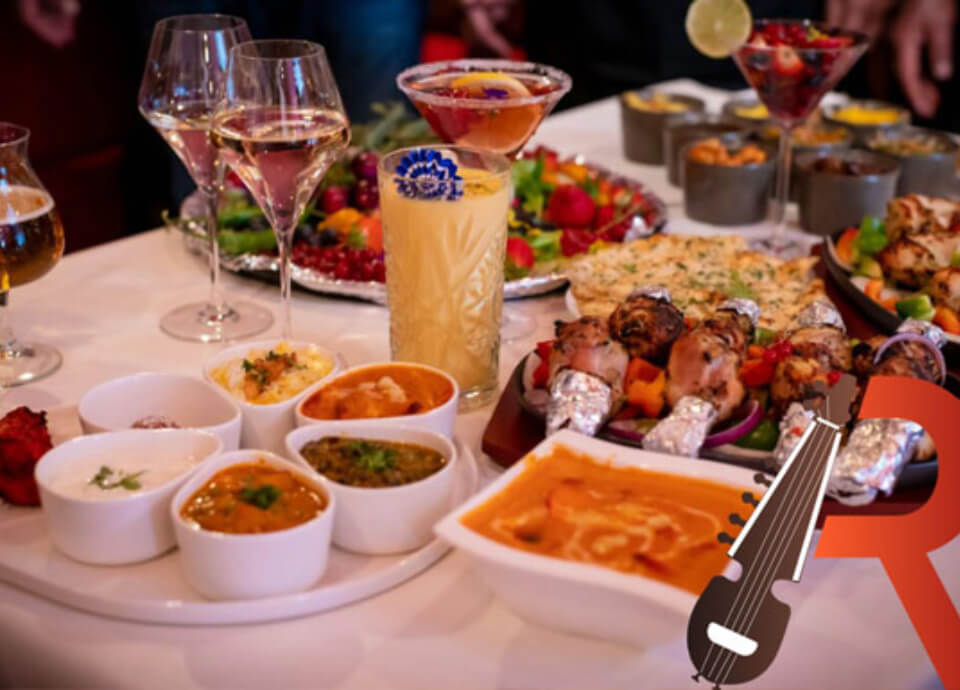 Order Spicy Food From Indian Food Take Away in Amsterdam 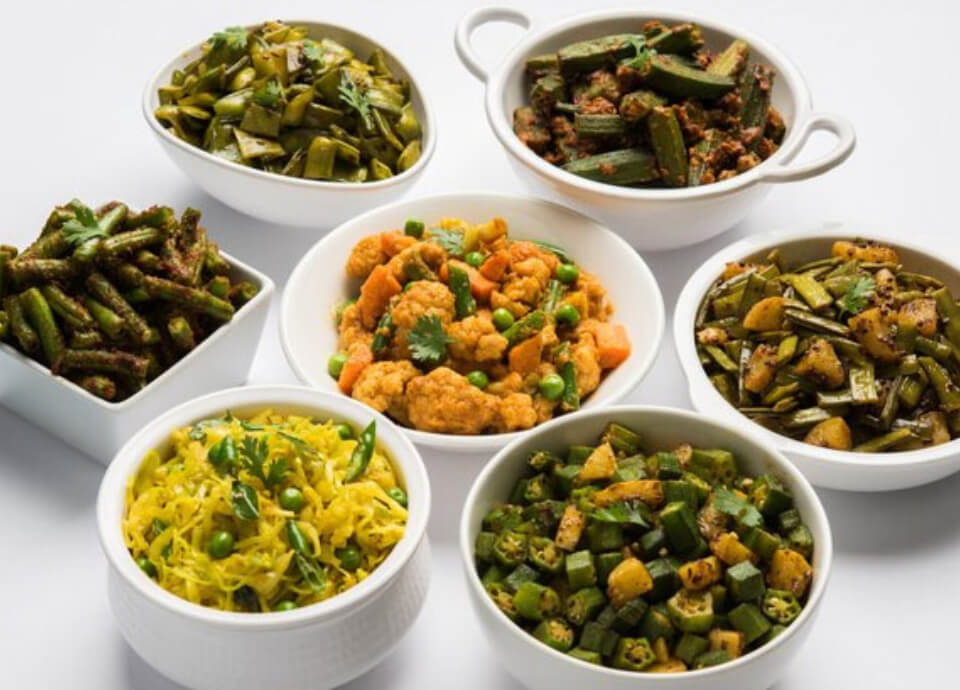